Photo by Lukas Kloeppel on Pexels.com

Recently I was tasked with finding a used car to purchase for my daughter. A process I am not fond of, let alone knowing my daughter is now old enough to be out on the road on her own. Scary times I tell ya!

Anyway, looking for a used car these days is tough. People are shady.

Hundreds of car ads on multiple platforms and driving by, stopping and looking, at cars on the side of the road with signs in them. It is hard to find a quality used car for a decent price. Or, I should say a decent car for an inexpensive price.

I wanted something that I didn’t have to worry about my 16 year old being on the side of the road in the dark somewhere but also knew it wasn’t going to be in perfect condition. The problem is that when you take all that into consideration and then add in a relatively limited budget, well let’s just say an ice cube in hell has a better chance. LOL

I already knew that point, but as I looked at cars online and then would go look at them in person I found a great majority of them were misrepresented in the ad. The body condition was accurately reflected in the photos. The interior was purposely misrepresented for obvious or glaring flaws. The engine leaked oil. The description left out the mile on the vehicle. Windows didn’t work. Mold growing on the interior? Come on.

Anyway, we found a car. I am not sure it was as great a deal as we first thought. New brakes all around after purchase and the key FOB doesn’t work even after the battery replacement. It is even possible the engine was pressure washed to hide a small oil leak.

I didn’t expect perfect, but people are shady.

Have you had similar purchase experiences from buying this online? Got a horror story to share? 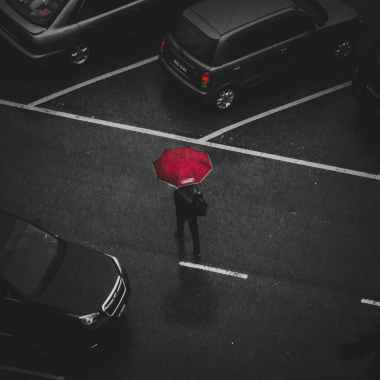 Photo by Deva Darshan on Pexels.com

I’ll venture a guess you have experienced this though…

You enter a parking lot and proceed to look for a parking space. In the time that you are slowly driving around looking for a space, you inevitably encounter people who have exited the store, or perhaps are even headed into the store, and are walking right down the middle of the “road.” Thus, blocking you from moving any further as you wait for them to move.

Sometimes there are multiple people, walking shoulder to shoulder, creating a line across the roadway and preventing you from passing. They are oblivious to others around them, just walking and talking, taking their sweet time as your crawl at a snail’s pace, if you can move at all.

Rude? You bet! Frustrating? Of course. Wanna run over them? OK, keep that one to yourself as sometimes silence is the best policy…

Really, it’s not like I am in a hurry. In most cases, I am patient and can wait. But it is the principle of the thing – let’s not just be concerned with ourselves, shall we?

What are your parking lot pet peeves? Do you have bad habits you are can admit?

Photo by Suzy Hazelwood on Pexels.com

There are lots of things that are extremely irritating in life. This blog is kind of dedicated to finding and expressing our frustration with such things. I can across one the other day that just about had me come unhinged – temper went from 0-83 in less than 1.4 seconds.

You see them in parking lots all the time but maybe you don’t give them much thought.

Those white lights on the back of vehicles that are your signal that said vehicle is about to begin backing up. Great idea, those lights.

But, what isn’t a great idea is that someone who has put the vehicle in reverse, thus turning the lights on, can also IMMEDIATELY begin backing up without any regard to what may be behind them.

I am sure this is no secret since nearly anyone who has ever driven a car has probably experience this in a parking lot at some point in their past. What is most frustrating is that it seems to be happening more and more. I can’t explain it, but I sure want to punch people when it happens. To be fair, I am not really a violent person but there are some things that really get my blood boiling, and this is one of them.

I have nearly been hit while driving a car and while walking. It’s happened in parking lots. It’s happened on the road as someone backs out of a driveway. It’s happened during broad daylight and it has happened at night. Good thing I am aware of my surroundings!

Anyway, I propose there be a 10 second waiting period , a delay if you will, on Reverse. The car goes into reverse, the lights come one, and you have to wait 10 seconds before the car will move. That should force someone to have a look around (I hope). Oh, and while we’re at it, how about a sensor in the seat that can read the body language or tell if someone looked out the back window before the car will move? Yeah, now we’re on to something.

OK, let me know in the comments if you have experienced this? Were you able to avoid the collision or were you one of the unlucky, wrong place at the wrong time kind of people? 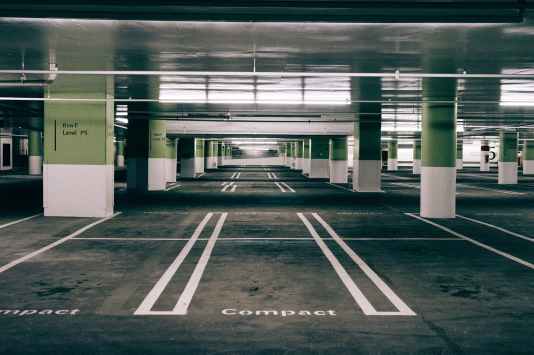 Photo by Jaymantri on Pexels.com

OK, so I like don’t park in the same place every day.

Oh, wait, I do! My mistake. That’s my spot! Get your jalopy outta my spot!

So why the hell are you parking in my spot? Just because you got here a fraction of a second before me? Yeah, ok, like I don’t let the air out of tires every day either…