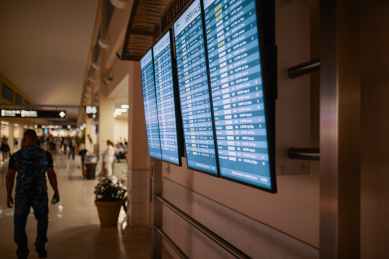 Photo by Josh Sorenson on Pexels.com

Someone left town to visit family this weekend. Flying in these times is a rather curious endeavor now and there was already anticipation that some flexibility would be needed. The thought was that returning home might end up being a problem (that still remains to be seen). So…

Morning of flight, 4:11a.m: Flight cancelled and booked to another flight at 10:21am.

If I hadn’t checked of my own volition, the change would not have been known until arriving at the airport.

Did you catch that, “of my own volition”?

That’s right. Not a single notification from the airline that the flight details had changed. No text. No email. No call. That last one I didn’t really expect, but not even an email? Is that how they handle flight changes now?

Granted, for the first leg of the trip the flight is not on their actual airline, but the trip was booked through them and they are the “confirmation number issuer” so you would think they were the ones responsible for notification.

I have always liked flying with them. They take pretty good care of you and they fly to most places I want to go for a fair price (most of the time). But, this taints the relationship a little. She luster is now gone. Oh, I’ll still probably fly with them but there is a little love lost now.

I may have a wandering eye, checking out the other options available. Fair warning Alaska, fair warning.

A schedule is a good thing and it helps to plan ahead when you know you are busy. So, writing a blog entry ahead of time and then scheduling it to post on the appropriate day and time is great, except…

Anyone notice that your scheduled entries aren’t posting at the designated time? Like you said you wanted it to post at 8:00am but notice the time comes around and you still haven’t gotten notification that it has posted. 30 minutes later you’re thinking to yourself, Did I set the wrong time? Did I choose the wrong day?

When you go to check then you get a notification that it has posted. Sometimes that notification, at least for me, doesn’t even come until I get to the actual blog entry to see what was wrong with it.

Here’s the thing, WordPress can’t tell me it was posted and I just didn’t get the notification because there are times I will look at my Reader and my post doesn’t show up there. I scroll and scroll to make sure I didn’t miss it – it’s not there! I got to my blog page and it isn’t there either. That’s when I go straight to the blog entry to actually force it to post.

I have to say it is rather irritating.

Why do I have to do this if I have set a time? Is anyone else experiencing this?