Photo by cottonbro on Pexels.com

Apparently the Democrats have a money tree they aren’t telling people about. Actually, it must be more than one, because there is no explanation of how this government give-away can be paid for, let alone sustainable.

What I can’t figure out is where they think the money for this is going to come from. Higher taxes? Who can pay those since many business are shut down? Oh, and since business are shut down, they’re laying off or furloughed their workers. And those workers don’t have money to spend at the businesses that remain open. The business that remain open? Well, they reduced hours and laid people off.

You see how this works, right? The cycle the economy follows is self-generating. In order for it to work, all parts have to be working efficiently and effectively. There is no part of an economy that doesn’t rely on another part of itself to work, removing parts keeps it from working.

Two bad ideas and perhaps this is all about a dress rehearsal for those. Sounds great on paper but doesn’t work in reality or practicality. It’s been tried and nearly always/completely leads to disaster. But the socialists in the country are gonna keep on pushing it because you know, the mirage of utopia is just one the other side…

Perhaps its an attempt to buy votes for the upcoming election in November.

“Look what we tried to do (or did) for you! But those big bad, typically small government and more fiscally responsible Republicans kept us from giving you free money that we don’t have and can’t afford. Aren’t they mean? They’re keeping you on the bottom on purpose by not giving you the opportunity to receive free money instead of earning it. “

If a politician is telling you that you can get something for nothing, you better look real hard and ask a lot of questions. It ain’t true, no matter what they tell you! There is always a cost, and it definitely won’t be what you think it is and it won’t be the first thing you find. Dig deeper.

Photo by kendall hoopes on Pexels.com

The news is rather tiring these days. Especially the news about this whole “impeachment” thing. Get on with it already. This whole thing isn’t all that historic, as some media outlets would have you believe. What is historic is the partisan crap the people in Congress are trying to feed Americans.

We all know this whole “impeachment” thing is just the Democratic party posturing and trying to find any way possible to discredit the president, whom they have hated from the beginning, even before he was officially a candidate but especially after he defeated the party “Golden Girl,” Clinton. So, in no surprise to anyone, the vote to “impeach” was totally split down party lines. This “urgency” they claim is just that they want it to happen before the next election, not that it has anything to do with protecting the Constitution and the dignity of the office, as they claim.

We all know the president will not be found guilty in the Senate (even if he might be, like Clinton). This too is a complete sham, but if the Democrats in the House won’t even send the “impeachment articles” to the Republican Senate then there won’t be a “trial” at all.

If the Democrats are afraid to follow the necessary steps to allow the Republicans to complete the process, the impeachment really means nothing. Not that it would mean much if he is acquitted either, for we all know there is not even a shred of legitimacy in the whole process.

Let’s have the trial. Follow the process. Complete the stupidity that both parties are continuing to perpetuate. And then let’s move on.

Do the work of the people, not the party.

Photo by kendall hoopes on Pexels.com

I think it is safe to say that Congress continues to demonstrate that we, the American people, have elected a bunch of monkeys to run the country.

I am having a difficult time seeing anything else at this point. Both sides, Republicans and Democrats, continue to live up to the old Mark Twain quote, “There is no distinctly native American criminal class except Congress.”

I am just tired of it.

Nonsense, from everyone, though some seem to be more nonsensical than others.

Monkeys actually might be more civilized. I am sure there could be a serious debate on that point, but in my mind I think it’s probably true. There has to be a better option than the yahoo’s we have “running the country.”

Anyone else tired of this poo slinging behavior and really want them to get about the business of something other than party agendas and political sabotage?

Photo by Skitterphoto on Pexels.com

It’s hard to keep your mouth shut when you’re a Clinton. They have a desire to be in the spotlight that is undaunted by even the most painful of election results and other scandals.

The latest involving “Lady Clinton” is a stunner!

With no evidence offered and nothing to back up her statement, she is politically assassinating a fellow Democrat’s political career and character. The truly unbelievable audacity of such an accusation is mind-blowing. It once again demonstrates that the Clintons believe they are above the law, but this is yet another clearly defined instance where the law should be biting her in the ass.

Tulsi Gabbard should sue the living pant-suit off of Hillary for libel. Make her answer for her unfounded, libelous statement and produce evidence in a court of law to support such a claim, or make Hillary eat her words and reward Tulsi with a HUGE financial settlement.

Such an accusation can’t go unanswered. It just can’t. 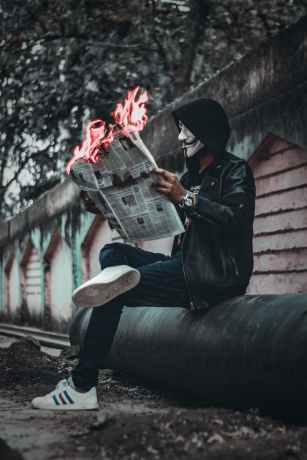 Photo by Ashutosh Sonwani on Pexels.com

Republicans, generally, are accused of getting political donations from Big Business and rich individual donors. These donations are usually made to benefit themselves in some way in the future, but they are made from choice. For the most part, when it comes to taxes, the Republicans leave people alone and allow the market forces to do the work of choice. In essence, they stay out of the pocket of the little guy so the little guy can become a big guy. As such, prominent Democrats have flourished and benefit from the system they say they dislike because it is unfair to the little guy.

Democrats want to tax everyone and everything in sight, including those Big Businesses and rich donors that donate to the Republicans, as well as Democrats, so they can give all that money to the little guy to help them get ahead. Unlike money given to the Republicans, it isn’t given willingly rather it is taken from everyone by coercion of penalty.

Here’s the weird thing though…said taxes usually end up hurting the little guy the most and actually keep them from being able to get ahead and moving up a level to become “the big guy.” Instead, the little guy becomes dependent on the government handout. And that, my friends, is where control of the population begins…

Do you know who is in your pocket and why? Who is really after control?

As if the nation didn’t hear a collective groan from pundits, media personalities, celebrities, and just Democrats in general upon the submission and conclusion of the Mueller Report.

A large segment of the population has waited with bated breath for a conclusion of collusion. What they got instead was their “worst nightmare”? Not sure how the public can openly root and cheer for the demise of a sitting president, but that’s what has been happening.

A whole host of people have waited so impatiently to get dirt on the president so they can kick him out of office. They despise him so much they are willing to perpetuate lies (yes, we know he lies too) and spin information with no reliable source. They have undermined their own democracy for an agenda they can’t justify.

No one deserves a bigger face palm than those who have waited and waited only to find their hopes and dreams dashed with the truth. The problem is, the truth isn’t what they wanted in the first places to the immediately parse, spin, and suggest more conspiracy theories. The hate and vitriol has been astonishing, and quite frankly embarrassing.

I am glad this is over but come on people, it’s time to move on and do the work of the people! The media needs to stop commentating and editorializing everything they “report” and be more transparent about their sources so that information can be vetted and verified.

I am a Trump voter but not necessarily a supporter. I voted the way I did because he was/is better than the alternative, sad but true. I am not happy with all he does and says, but I am happy with some. Did I wonder if the collusion was true? Sure. Did I hope it wasn’t? Yes. Do I want him to be success? Heck yes! I don’t want any president to fail.

So, for those of you out there having to eat a whole flock of crows – get to it and be honest about it!

If you deserve a face palm, I have a palm available if you need it. I would be happy to help you out.

In the meantime, I will continue to do my own face palm as you act like children because you didn’t get what you wanted. You aren’t that three-year old in the cereal aisle at the supermarket, so stop acting like it.

Photo by Element5 Digital on Pexels.com

Hey, wanna have a voice? Use it!

You (provided you are a legal U.S. citizen) have a Constitutional right to have a voice in our government, whether it be local or national. Wanna make a difference? Vote.

However, why does voting in our democracy always feel like you are voting for the lesser of two evils? This person sucks but that one sucks even more. Which one will hurt me less? Which one will chip away at my freedoms and rights least? Which one will listen less to special interests and big money and really work for me the little person? Which one really is the best fit for holding true to the Constitution and the guarantees I hold dear?

So, yeah, get out and vote. Vote for someone that you believe is the better of the bad choice.