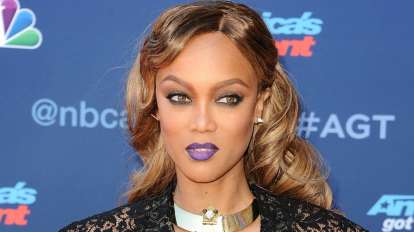 Anyone else think Tyra Banks is annoying as hell?

You would think after the extremely rough start she had last year, being severely awkward and overly obnoxious, that she would have figured it out for this year. But no, year two of her hosting duties on America’s Got Talent is just as awkward and just as annoying.

Maybe it just that I was a big fan of Nick Cannon. I don’t know. But maybe it’s just that she is trying too hard. I don’t know. But, they could actually cut her out of the show (which I noticed the last episode was very limited) and most people wouldn’t even notice.

She isn’t entertaining and never has been. Shouldn’t the host have at least as much talent as the contestants?