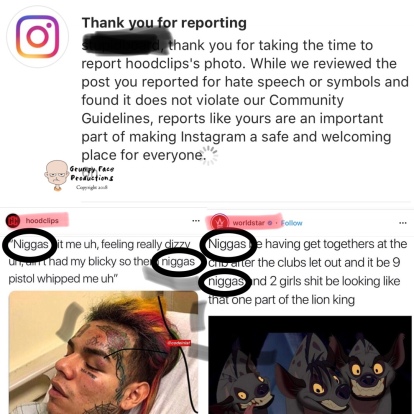 I am sure you’ve seen it. You’re probably wondering how in the hell it can only cut one way…

The media chirps about this or that, a perceived injustice or slight. Social media ablaze with trolls who spout hatred and stir fear. Both seeking “justice” but really only picking and choosing certain things to make an issue of.

Some seem to get a free pass and others are vilified. Some communities cry foul over language used by others, but then use the language they just condemned themselves.

Instagram supposedly has “community standards” but they appear to be subjective as some hate is singled out and some hate is not. Some language is banned and some is not. How can it be ok for some but not others?

If you’re gonna eliminate the problem, there can’t be a double standard. Otherwise, the problem will always exist. I have always been a proponent of free speech and I always will be, but it is frustrating to see that the freedom only goes in one direction. There is no scorn over the posts above, instead they continue to gain followers.

What do you think? Should the accounts above be given a free pass for the language they use or held accountable like the rest of society?