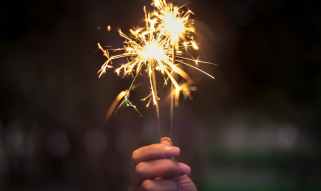 No, today isn’t July 4. Sorry if that threw you off for a moment. Hopefully you don’t tell time by the calendar of my blogging.

It was an interesting holiday, wasn’t it?

People can’t even celebrate with fireworks anymore. Governments are trying to kill that tradition with regulations (though the people in my community have done their best to try and do it anyway).

People locked down. People being mandated to wear masks. People being told they can’t gather. Celebrations cancelled. People not able to do the things they have done in the past because of fear generated by a pandemic.

People aren’t feeling so free these days. Freedom didn’t seem to ring quite as loudly this year. Freedom has had quite the damper on it from the government…kind of like back in the day, when July 4 was the culmination of people having it up their eyeballs with government interference on their daily lives. Weird.

Oh, and then there is the “woke” crowd and their “cancel culture” who need a bit of a history lesson.

Colin Kaepernick apparently needs a history lesson or three. He said he (and apparently other “woke” people) wasn’t going to celebrate the 4th of July holiday because it was a “celebration of white supremacy.” You apparently can catch that twit/tweet/whatever you call it on Twitter.

Hey, Colin, Independence Day isn’t about celebrating a race of any kind. It’s about celebrating the separation of the colonies (eventually the United States) from England. It’s about a national celebration, not a racial celebration. To add to your history lesson, there was a time when an African-American, or Black, did have a gripe about celebrating freedom because not all in the United States were free. Frederick Douglass, when he wrote and delivered “What to the Slave is the Fourth of July?”, was protesting slavery and the lack of political freedom for Blacks. It seems those two issues have been solved.

Is America perfect? Nope. Have people made mistakes? Yep. But to say that Independence Day is a holiday about white supremacy is just plain stupid. Should celebrating the holiday negate ALL progress made since that day? Nope. Again, plain stupidity.

America is still the best place to live and I wouldn’t want to live anywhere else, but I am not going to stop you if you would like to go somewhere else. Feel free to explore other places in the world.

That’s the thing about freedom, you can move anywhere you like.

Ain’t no one stopping you…well, except governments (and media) who have everyone locked down in fear.