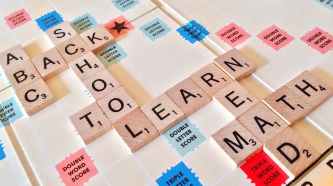 The downfall of society is coming (well, some would argue it is already here).

Dramatic much? No, I don’t think so.

Language is important. Unfortunately, people are lazy and that translates to poor language skills, as well as a plethora of other bad habits.  So, what is the deal with the lack of punctuation in nearly every social media platform? Yes, the option to punctuate is available but it seems fewer and fewer people are choosing to do so. Maybe we can blame it on Twitter – 140 characters is rather limiting and why waste it on punctuation? I get it, but at the same time it isn’t cool.

Grandmothers and small children are being eaten, for the love of everything holy! Some classic examples of why punctuation is important:

Oh, and while we’re at it, how about we throw in some capitalization as well?

Anyway, I read an article not long ago that said if I use punctuation in text messages, like a period at the end of the sentence, that I am angry. WTH? Who made up these stupid rules? That’s a pretty big ASSumption to make when I am just using the rules of writing because I don’t want to look like an uneducated dumbsh*t. Got me?