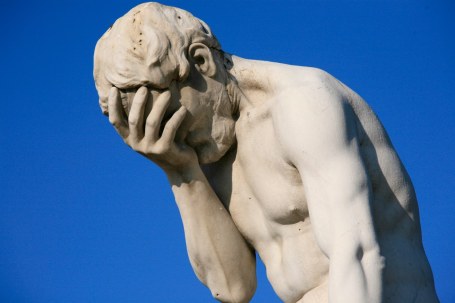 As if the nation didn’t hear a collective groan from pundits, media personalities, celebrities, and just Democrats in general upon the submission and conclusion of the Mueller Report.

A large segment of the population has waited with bated breath for a conclusion of collusion. What they got instead was their “worst nightmare”? Not sure how the public can openly root and cheer for the demise of a sitting president, but that’s what has been happening.

A whole host of people have waited so impatiently to get dirt on the president so they can kick him out of office. They despise him so much they are willing to perpetuate lies (yes, we know he lies too) and spin information with no reliable source. They have undermined their own democracy for an agenda they can’t justify.

No one deserves a bigger face palm than those who have waited and waited only to find their hopes and dreams dashed with the truth. The problem is, the truth isn’t what they wanted in the first places to the immediately parse, spin, and suggest more conspiracy theories. The hate and vitriol has been astonishing, and quite frankly embarrassing.

I am glad this is over but come on people, it’s time to move on and do the work of the people! The media needs to stop commentating and editorializing everything they “report” and be more transparent about their sources so that information can be vetted and verified.

I am a Trump voter but not necessarily a supporter. I voted the way I did because he was/is better than the alternative, sad but true. I am not happy with all he does and says, but I am happy with some. Did I wonder if the collusion was true? Sure. Did I hope it wasn’t? Yes. Do I want him to be success? Heck yes! I don’t want any president to fail.

So, for those of you out there having to eat a whole flock of crows – get to it and be honest about it!

If you deserve a face palm, I have a palm available if you need it. I would be happy to help you out.

In the meantime, I will continue to do my own face palm as you act like children because you didn’t get what you wanted. You aren’t that three-year old in the cereal aisle at the supermarket, so stop acting like it.