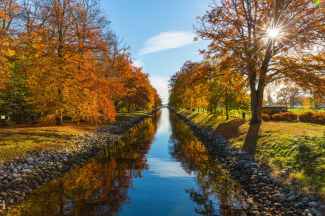 The ditch doesn’t look like this…Photo by Inge Wallumrød on Pexels.com

Just had a guy from the city stop by.

The ditch out front of the house is a pain in the rear. Ultimately, since it is in the city’s right of way, I would like to have them put a pipe in it and then make it disappear so the front of the yard doesn’t have that stupid thing. The last guy that lived here tried to fill it himself and the city made him dig it back up because he didn’t do it correctly. As such, it has needed maintenance ever since.

So, the guy comes out. Asks some questions. Wants to know what I would like to have happen. He becomes non-committal about the options they have and then suggests maybe I could clean it out. I politely informed him that I am not going to do the work of the city if it is in their right of way. He said he would talk to some people and get back to me.

So, now I suppose I am officially in the “Yeah, we may or may not get to it” file.

What’s irritating is that they suggested, the first time I called the city, that I do it myself and pay for the supplies and the engineering company, with permits, of course, to fill in the ditch with pipe. Yeah, not gonna happen. What might happen is that I do pay for the supplies and just do it myself in the middle of the night…but then, of course, someone would find out and then I probably would end up either having to dig it out or pay the fees (because governments are always quick to make sure they get their fees) for them to dig it out and do it correctly…not gonna happen.

So, it will just sit there and be useless and unsightly.

Man, I hate that ditch.