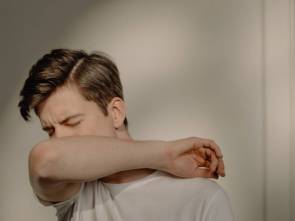 Photo by cottonbro on Pexels.com

The focus is off and that’s the problem.

This whole Covid-19 thing has gotten the reporting all backwards.

At first, when this all came about, the reporting was all about how many people died each day. It was reported by county and by state.

Now, it isn’t necessarily how many people have died but how many people have been tested and have come back positive. From what I understand, a positive result doesn’t necessarily mean that they have a currently active case but just that they have had it at some point in the past (maybe I am misinformed…). Obviously, testing is now more prevalent than it was at the beginning, so of course there will be more people testing positive.

Anyway, just because someone has tested positive doesn’t mean it is a death sentence as we know the mortality rate is extremely low. So, other than fear-mongering, why keep reporting positive cases?

We don’t report how many people get the flu or the common cold on a daily basis, even though large numbers of people still die from them each year.

We don’t report daily car crashes, even though people die from those.

We don’t report daily abortions, even though babies dies daily from that.

We don’t report daily new cases of cancer, though people die from that as well.

Doesn’t exposure and lack of death create a herd immunity?

So, what’s the big deal if more people are testing positive? The number of deaths (percentage wise) doesn’t seem to have spiked on an exponential climb. If the mortality rate has remained relatively the same, then is there really that much of a cause of concern?

Maybe I am missing something. Or maybe I haven’t.